This video shows Jose Aldo training for the UFC 142 (in Rio de Janeiro, january 14th). Besides Dede Pederneiras, Pedro Rizzo and Gray Maynard (also a UFC fighter) are helping Aldo to train for the fight against Chad Mendes.
CRAH Productions

The new Ultimate Fighter is BJJ world champ Leonardo Santos, who submits William Patolino to win TUF Brasil 2. Hear from him after his victory in Fortaleza.

This is the Purple Belt Feather Final at WORLD 2012.

Get an exclusive look at Renan Barão’s fight camp at Nova União in Rio de Janeiro. Barão has drafted the likes of Jose Aldo and Gray Maynard to help him prep him for his most vicious opponent yet, Michael “Mayday” McDonald, who’s finished all but two of his victories. Still, Barão is convinced he’ll keep this young powerhouse at bay, add another W to his impressive win streak, and keep the interim bantamweight title.

A look back at the final six hours leading up to Jose Aldo’s momentous fight at UFC 156. See this intensely personal account as cameras follow the featherweight champ both before and after his thrilling victory over Frankie Edgar.

Inside the Inverted with Kristina Barlaan

Kristina Barlaan teaches an introductory lesson on the inverted guard for Pulling Guard Zine. Stay tuned for the next lesson! www.pullingguardzine.com

Second video in the series, Kristina Barlaan teaches a solo drill as another way to get comfortable with entering and staying in the inverted guard.

Kristina Barlaan teaches the 3rd drill/technique in the series of Inside the Inverted for Pulling Guard Zine. This time she teaches a triangle set up from the guard

See a great sweep from inverted guard with Kristina Barlaan of Nova Uniao. This is the 4th video in the series!

Here is the 5th video in the series! Kristina Barlaan demonstrates how to use the inverted guard to take the back.

Haven’t watched the previous videos? View the whole Inside the Inverted series by visiting http://www.pullingguardzine.com!

Here is the last installment in the series! Kristina Barlaan demonstrates how to pass the inverted guard using either the leg drag or leque (pronounced leh-kee and meaning “fan” in Portuguese) pass. Both passes depend on your opponent’s awareness and knowledge of the position.

Kristina Barlaan is a Nova Uniao purple belt under Gustavo Dantes. The best female purple belt of the 2012 season, she is a decorated athlete who also contributes whole-heartedly to the growth of women in the sport of Brazilian Jiu Jitsu.

Get to know her more by going to:

Eduardo Dantas, who got the Bellator Bantamweight Title after chokes out Zach Makovsky, has appeared in international publications this year. In January, the athlete was  the cover of Vincit magazine and last month, Fight! MMA had an article about him. In both magazines, Dantas, who is 22 years old, talks about his life and the training to be a champion of Bellator, one of the main events of Mixed Martial Arts world.

If you want to know more about Eduardo, check his Upper Brazil profile.

Renan Barão wrote another victory to his professional record as he overcame the tough Scott Jorgensen at UFC 143, in Las Vegas, and talked to TATAME TV right after leaving the cage, and revealed he almost gave it up on fighting because he was feeling ill 15 days before the event. “I thought about giving it up, but I’ve talked to Andre I had an appointment in the UFC and that I would fight”, tells Renan, who also commented on his game plan coming into UFC’s octagon, answering Dominick Cruz’s statements to TATAME Magazine. Check it:

How was the feeling of winning one of the most important bouts of your entire career?

It was really great, I trained a lot. I was kinda sick like 15 days before the fight. My throat was aching, I was kinda feverish, I thought about giving it up, but I’ve talked to Andre (Pederneiras) I had an appointment in the UFC and that I would fight. Andre trusted me and thank God it worked out.

That was the game plan set for this fight?

Yeah. In the beginning I wasn’t doing it correctly, but then I started following the game plan set by Pederneiras, that included moving to my right and using my legs to counterattack. God blessed me and everything worked out just fine once again.

Dominick Cruz said, on a previous interview, that you might meet sooner of later. How do you feel about that?

I’m really happy he said that. It’ll be awesome fighting him, and not because I want to fight him, but because he is the champion and I wanna fight the champion, have a chance at the title and that’s it. I’m really happy. It’s great happiness. God’ been pretty kind to me, and not only today, but in my entire life and it’s all good.

Send a message for your fans in Brazil who cheered for you.

Thank you everybody who helped me. I’d like to send my love to my team Nova Uniao in Natal, all the guys there, we’re together on this. Also my fans too… I’ll train more and I’ll try to be better next time and put a great show for you guys to watch. Thank you

Champion Jose aldo training for his fight with Chad Mendes in the UFC 142, with Gray Maynard, Marlon Sandro and Vitor Shaolin, one after the other, showing and impressive stamina

Multiple Brazilian national champion and known for his tricky techniques, Marcelino Freitas demonstrates some attacks when inside an opponents half-guard, including variations of a brabo choke and a guillotine with the gi.

Competidor® Brand had the opportunity to sit down with world renowned Brazilian Jiu Jitsu black belt to talk different aspects of the sport and it’s evolution. Live at the Spike 22/Nova Uniao Academy in Guam. Jan2011

Andre Pederneiras also known as Dede is one of the best Jiu Jitsu and MMA (Mixed Martial Arts) coaches in the World, the leader and co-founder of the Nova Uniao team was voted Best MMA coach in the World in October 2010 by the renowned PVT magazine (Portal do Vale Tudo) in a referendum made between fighters, coaches and journalists of the sport. 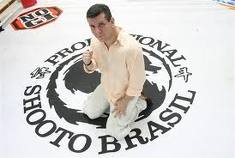 Nickname:, Dedé is a friendly way of saying André, in Portuguese.

Main Achievements (BJJ/MMA/Grappling) He won 6 National Championships in BJJ as an athlete, although he achieved fame through a teacher’s stand point. His team, Nova Uniao has won 2 world titles in BJJ and is one of the most prolific teams in MMA today. They were considered the best lightweight team in the world for the most part of the 1990’s and early 2000´s

Favorite Technique: there is a reason why Nova Uniao is famous for their lapel techniques (chokes and sweeps) Dede’s creative lapel work, from half and butterfly guard is the driving force behind this

Not much is known about Andre Pederneiras’s childhood. He started his training under Carlson Gracie, whom later gave him his Black Belt. In the early 1990’s he split Carlson’s academy to start his own. Although his team reached success relatively fast, he found it hard to compete against the bigger teams, teams like Gracie Barra, Carlson Gracie Team who won most of the tournaments due to the sheer number of their athletes. He met Wendel Alexander at one of those championships in Rio de Janeiro, he (Wendel) was in the same situation.

They arranged to organize training sessions between both teams and competed as one team in the following tournament with great success. To this strong new team they decided to call “Nova União” – which in Portuguese means “New Union”, a team who holds strong to this day.

André Pederneiras also made the headlines in the 1990’s for being one of the first Brazilians to open the doors of his dojo to foreigners, namely Joe Charles and BJ Penn. The gesture was frowned upon by the Brazilian media and most of the coaches and fighters at the time. His old master, Carlson called him a “Creonte” a less then amicable way of calling someone you believe is a traitor. The fact that Joe Charles fought Carlson Gracie’s son Junior did not help Pederneiras’s cause. Fortunately with time, this animosity towards the foreign fighters faded away and today it is totally accepted.

In the late 90’s early 2000’s Dede ventured into the early stages of MMA winning his first fight against heavy favorite Rumina Sato, losing later against the MMA legend Pat Miletich in America, drawing his other two fights in Japan, finishing his career in MMA and dedicating himself fully on his coaching.

chieve a professional level, fighters should be paid when fighting in major tournaments. For this he organized his own federation CBJJO “Olympic Brazilian Jiu Jitsu Federation”, this was built with the help of “KF” Kimono’s president (and Nova Uniao sponcer) Luis Herminio – Luizinho. The arm wrestling contest between Nova Uniao and CBJJ (presided by arch rival team leader “Carlinhos” Gracie – Gracie Barra) lasted for four years until finally Nova Uniao fighters returned to the Mundial and CBJJO was dissolved with several internal problems.

Andre Pederneiras has also opened Upper Sports Club a very successful health club in Rio de Janeiro. Which he uses to help the local community in the Favela’s (Brazilian slums), in fact Mr Pederneiras is an activist in improving the life style of the people in the poorer areas of Rio de Janeiro.

Besides his BJJ team he is also in charge of their MMA team with fighters like Jose Aldo, Vitor “Shaolin” Ribeiro, Thales Leite, Robson Moura, Marlon Sandro, Wagney Fabianno among many others. He also presides Shooto Brazil, an MMA organization with the intent of finding new starts in the sport of MMA in Brazil.