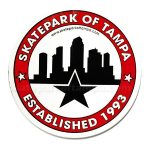 Paul Rodriguez’s run in the finals at Tampa Pro in 2009 which won him first place that year.

Joe Rogan has been Octagon-side for the biggest fights in UFC® history, and that includes calling every Ultimate Fighter Finale from the very beginning back in 2005. Now he shares his favorite TUF moments. Watch this and other features on UFC® Ultimate Insider, hosted by commentator Jon Anik, Tuesdays at 10:30PM/7:30PM on FUEL TV. Available Internationally on YouTube.

Raven ravaged the park like it was his last meal before the electric chair. Call it what you want, but this is what FUCK YEAH looks like.