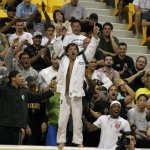 Working from 93 guard – Robson shows a fast sweep, keeping the foot high on the armpit helps to move the opponent over. Maintain control and move to an armbar during the transition. 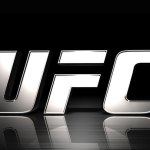 He’s an explosive Brazilian with five wins by knockout and four by submission. With an impressive record (12-1-0), Ronny Markes promises fans yet another win and finish. But he faces a dangerous opponent in world-class wrestler Aaron Simpson who wants to crush the Brazilian’s five-fight win streak.